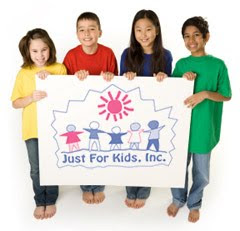 Just for Kids Inc., a Raleigh and Fayette county child advocacy center, announced an ambitious “2,012 by 2012” campaign Tuesday that organizers say could have a positive effect on more than 20,000 local children. The goal of the initiative, according to prevention coordinator Christina Bailey, is to train 2,012 adults by the year 2012, with the purpose of helping them prevent, respond and react responsibly to child sexual abuse. 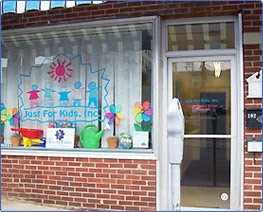 Light to “bring protection” to the area through an adult training program called Stewards of Children. The curriculum for the 21⁄2-hour training includes video, workbooks and group discussion and also integrates segments during which adult survivors discuss their experiences of abuse and healing.

Bailey and Van Dyke say the training is available for anyone interested and is specifically geared for anyone who has regular contact with children, including parents, schools, child care centers and little leagues.

To date, more than 500 adults have received training, including the staffs at Mabscott Elementary School, Fayette County 4-H and Fayette County Head Start.

Tuesday, Just for Kids partnered with First Century Bank on Harper Road to conduct its first community awareness meeting for members of Generation Beckley. The one-hour meetings, Bailey said, include information on the social, emotional and economic impact of child sexual abuse.

“It’s a great program,” said First Century’s Carl Bowman, one of the organizers of Generation Beckley. “We were very happy to get involved.”

Bailey says the informational meetings are available to any interested groups and it is the hope of Just for Kids officials that those who attend will “feel compelled to become more involved.”

Debbie Tate, West Virginia University Extension agent for 4-H development, said more than 90 percent of the staff and volunteers at the Fayette County 4-H took advantage of the training.

“The training was a great way to show individuals, camp counselors, adults and mentors responsible ways to identify and react to abuse,” she said.

“It is our responsibility as a community to keep all children safe.”

For more information on the initiative or to schedule a meeting, contact Bailey at 304-255-4834.

One response to “West Virginia Group Makes Prevention a Priority”