Safety Exit
HomePediatrician accused of molestation; ‘multiple victims’ cited
Another horrific story of child sexual abuse is making national headlines and we have yet to see PREVENTION promoted as an alternative! You would struggle to find an article about breast cancer where a mammogram wasn’t mentioned; prevention training should be just a synonymous with child sexual abuse.
(CNN) — A Delaware pediatrician is facing numerous charges in the alleged sexual abuse of his 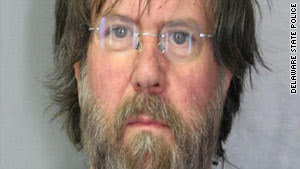 patients, authorities said Wednesday, and there may be “multiple victims.”

Dr. Earl Bradley, 56, who has had a practice in Lewes, Delaware, for more than 10 years, is charged with eight counts of first-degree rape; four counts of second-degree rape; 14 counts of sexual exploitation of a child; and two counts of endangering the welfare of a child, Delaware Attorney General Beau Biden told CNN.

A prosecutor in Biden’s office estimated that Bradley may have had as many as 100 victims. Biden stopped short of that, saying only authorities think there may have been multiple victims, and the investigation is ongoing.

As of Wednesday, seven victims had been identified, said Jason Miller, spokesman for the Delaware Department of Justice. CNN affiliate WBOC-TV reported Bradley is being held in lieu of $2.9 million bond.

He was scheduled for a preliminary hearing Wednesday in the Sussex County Court of Common Pleas, but his attorney requested that it be continued until January 14, Biden said. WBOC reported that concerns about Bradley’s mental health prompted the postponement and said the doctor is under suicide watch at Sussex Correctional Institution.

The charges against Bradley, and any additional charges that are filed, will be presented to a grand jury “at some point,” Biden told CNN.

He would not give specifics of how Bradley came to authorities’ attention “over the course of recent months.” Police believe the abuse goes back “for several years,” with victims as young as 2, he said.

Additional charges were filed earlier this week after “preliminary forensic investigation of a computer” seized by Delaware State Police, authorities said in a release.

Bradley also has medical licenses in Pennsylvania, New Jersey and Florida. Biden said authorities in those states have been contacted.

Biden urged parents or others who have concerns regarding Bradley to contact his office, where a hot line is staffed with people who can provide information including counseling referrals.

One response to “Pediatrician accused of molestation; ‘multiple victims’ cited”