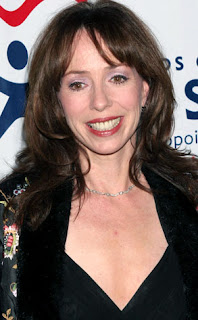 Mackenzie Phillips has been honored as Darkness to Light’s “Voice of Courage Award” recipient for our 2009 Circle of Light Gala. In a tell-all book out Wednesday, the former childhood actress reveals that her dad, musician John Phillips of the ’60s band the Mamas and the Papas, engaged with her in a long-term incestuous relationship.

Phillips, 49, who has survived drug addiction, arrests and divorce, writes in her book High on Arrival that she was already a star playing a boy-crazy teen on the TV sitcom One Day at a Time when her father had sex with her on the night before she was to marry Jeff Sessler, a member of the Rolling Stones entourage, in 1979.

We’re honoring Mackenzie because her work has been integral in raising awareness about the issue of child sexual abuse and incest in particular. Sadly, 30-40% of all child sexual abuse cases involve a family member. “If I’ve started a national dialogue that’s going to help people face these issues, then I’m forever grateful,” Phillips, 49, said via satellite during a live broadcast of The Oprah Winfrey Show.

One response to “Mackenzie Phillips to Accept “Voice of Courage Award””