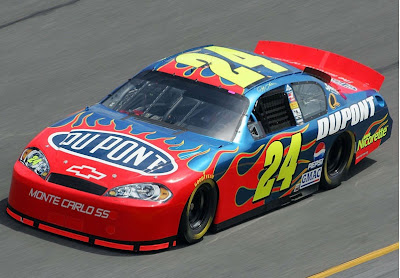 Joining the competition are fellow Hendrick Motorsports drivers, Jimmie Johnson and Dale Earnhardt Jr. Each driver has outlined an idea for a project about which they are passionate. At 6:00 p.m. EST on Wednesday, June 23 the driver’s idea with the most votes will receive a $100,000 grant from the Pepsi Refresh Project to fulfill their initiative.

Gordon’s initiative supports abused children through treatment, care, and protection at the Children’s Advocacy Center (CAC) at the Jeff Gordon Children’s Hospital. The grant would fund an additional Child Life Specialist to aid physically and sexually abused children and youth by supporting them through age-specific therapeutic play and rapport-building. This child-sensitive approach emphasizes early intervention, coordinated investigations and allied responses to this community problem.

“One in five boys and one in three girls are sexually or physically abused in the United States, which is a shocking and ugly statistic,” said Gordon. “With the Pepsi Refresh Project, we’re hoping to help the long-term physical and emotional health of these innocent victims.”

READ ON about Gordon’s efforts and VOTE! Today is the last day….