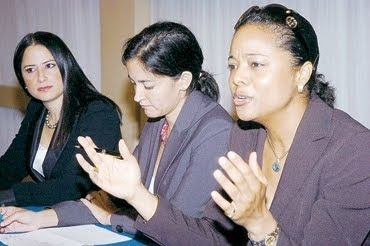 REPRESENTATIVES of 20 local organizations on Tuesday participated in a Darkness to Light “Stewards of Children” training workshop aimed at improving their skills to better detect and prevent child sexual abuse.

The workshop, which was sponsored by the Women’s Leadership Initiative (WLI) and held at the Jamaica Pegasus Hotel in Kingston, had representatives from the Child Development Agency, the Centre for Investigation into Sexual Offenses and Child Abuse, Children First, the Social Development Commission, the Jamaica Council of Churches, the Ministries of Education and Health, the Early Childhood Commission, RISE Life Management, among others.

Darkness to Light is a United States-based non-profit organisation.

According to Lezanne Azan, chair of the Advocacy Committee of WLI, said sexual abuse of children can be stopped “if we shine a light on the problem and expose it”.

“Research clearly shows that individuals who are sexually abused as children are far more likely to experience psychological problems often lasting into adulthood, including post-traumatic stress syndrome, depression, substance, abuse and related problems. We believe that adults are responsible for the safety of children and should be taking proactive steps to protect them from the significant risk,” she said.

Speaking with the Observer after the workshop, Azan said sexual abuse of children was an urgent situation, although it has persisted for years.

She said children are taught to be respectful of adults and so are afraid to speak of sexual abuse openly. Therefore, it is kept a secret and this manifests itself in different psychological problems.

“We want to urge people to stop keeping this a secret because the abusers have more power when we remain innocent to what they do. When we know the tricks of the abuser then that is half the battle won.”

Participants at Tuesday’s workshop were introduced to Darkness to Light’s seven-step guide to protecting children. The steps include recognizing that a large percentage of abusers are family members or persons the child knows.

“You grimace when you here that a large percentage of our victims are abused by family members and that most know their abusers. While we worry openly about the dirty, perverted man hiding in a bush, we seldom discuss ‘Uncle Delroy’, our family members and acquaintances. The answers to stopping this plague are responsibility and courage,” Azan says.

Meanwhile, chair of the WLI, Senator Marlene Malahoo Forte expressed concern that child sexual abuse was preventing persons from becoming the wholesome individuals that God intended them to be. She reminded the participants that there was a lot of work to be done.

“But you know what, we are going to arrest the problem. The WLI intends to be a voice for the voiceless, it intends to shed light on issues that other people would see as taboo, because these are the little areas that are tearing us down while so many are out there doing good work,” she said.