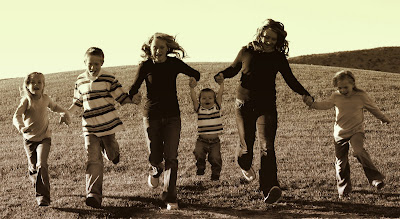 He spoke at the Xavier University Women’s Center, where he helped launch an initiative with the founder of the local chapter of Darkness to Light, a Charleston, S.C.-based non-profit that raises awareness of childhood sexual abuse.

Its Stewards of Children program, which costs $10, teaches adults how to prevent, recognize and react responsibly to child sexual abuse. The organization also wants to train facilitators to lead the program locally.

Darkness to Light says one in four girls and one in six boys are sexually abused by age 18. Those numbers come from the Adverse Childhood Experiences study, a collaboration of the Centers for Disease Control and Prevention and San Diego’s Kaiser Permanente, a large managed-health-care organization.

When 17,500 mostly middle-class Kaiser members were questioned between 1995 and 1997 about various types of traumatic childhood experiences, 25 percent of women and 16 percent of men reported experiencing contact sexual abuse before age 18.

“I think it’s the single biggest social issue we face,” said Gary Hudson, president and founder of the Cincinnati Darkness to Light chapter. “Individuals and families are destroyed.” Research shows the effects last into adulthood and include drug and alcohol addiction, eating disorders, depression and suicide.

About 90 percent of offenders are people the child trusts, Hudson said. About 40 percent are family members.

“The solution is prevention,” he said.

The goal is to mobilize the community through a grass-roots effort that involves parents and other adults in fields that include education, faith-based groups, youth sports and other youth-serving organizations.

“We need for you to decide this is important to do, and that the children in your lives are important to protect,” Hudson told about two dozen people, many from social service agencies.

Heidi Malott was among them. She’s clinical manager for the Mayerson Center for Safe and Healthy Children at Cincinnati Children’s Hospital Medical Center. She said it sees about 1,400 children a year for sexual abuse evaluations.

“We’re hoping Darkness to Light reaching 35,000 people in Hamilton County might reduce that figure,” she said.

The goal of 35,000 people – roughly 5 percent of the county’s adult population – was arrived at with a nod to Malcolm Gladwell. In his book, “The Tipping Point,” he identified 5 percent as the level of involvement at which communities are positioned to succeed.