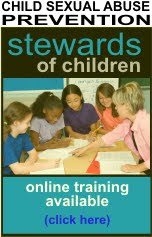 Roman Polanksi’s long-ago rape of a drugged 13-year-old finally lands him in jail. Jaycee Lee Duggard, imprisoned by a pedophile for more than a decade, is freed. Elizabeth Smart’s kidnapper goes on trial. Mac-kenzie Phillips declares herself a victim of incest. Queen Latifah and Tom Arnold tell their stories of sexual abuse.

Child sexual abuse has been headline news for months now and the result is public outrage. That’s welcome and long overdue. But it’s also irrelevant unless it becomes a springboard for public action to prevent these crimes from happening.

There is a lot to learn, starting with a recognition of the size of the horror: More than 40 million adults in the U.S. are victims of child sexual abuse. It ranks second only to murder as the most expensive victim crime; costs for intervention and treatment surpass $35 billion annually. Victims suffer long after the abuse stops as sexual abuse is linked to teen pregnancy, psychiatric disorders and substance abuse.

And yet the media and public continue to focus on dramatic headlines rather than the cure: prevention. It does not take hundreds of billions of dollars and laboratory research. But it does take responsible adults learning common-sense proactive steps to keep children safe. It also takes mobilizing an entire community. As an example, we should demand that all youth-serving organizations make sexual abuse prevention training mandatory. The U.S. insurance industry assessed such a risk a number of years ago. That’s why youth-serving organizations are required to carry molestation insurance.

Prevention is a better policy than insurance. Fortunately, more adults received prevention training in 2009 than any other year on record.

Our national non-profit, Darkness to Light, provides this kind of training through affiliates in 47 states and 10 foreign countries.

During our annual Prevent-a-Thon event this August in Charleston almost 9,000 adults participated in training or scheduled trainings this year. By comparison, about 9,500 people completed the local trainings during the previous four years combined.

In addition, thousands of teachers and staff in S.C. public schools are being trained this year through a public/private initiative that serves as a model for other school systems. Trainings are in a workshop format and last about two-and-a-half hours. Training is also available on line.These, however, are only small steps in a long journey. We need the outrage to continue to motivate more adults. How? With facts like these:

–One in four girls and one in six boys are sexually abused before their 18th birthday. One in five children is sexually solicited on the Internet.

–In more than 90 percent of cases, the child and the child’s family know and trust the abuser. Nearly 40 percent are abused by older or larger children.

Adults can minimize a child’s risk by eliminating or reducing a one-adult/one-child situation. Open communication may decrease a child’s vulnerability to sexual abuse and increase the likelihood that the child will tell you if abuse has occurred.

Learn the signs of potential abuse, such as sexual behavior and language that are not age appropriate. Learn how to react responsibly to suspicions or reports of abuse.

Get involved in your local school, church, youth-service organization, youth camp or sports league to ensure that proper screenings and prevention training are provided.

Our children deserve an investment of $10 and two-and-a-half hours to protect their innocence and well-being. But unless more of us get involved, one in four girls and one in six boys will likely become statistics and victims and headlines that leave us only more outraged with nowhere to turn.