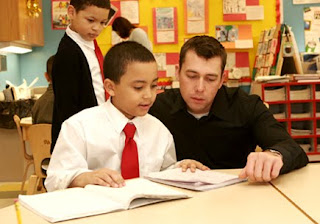 A program of child sexual abuse prevention, recognition and response will be taught to all teachers in the Berkeley, Charleston and Dorchester 2 school districts by the end of the year, the districts have pledged.

Charleston made the commitment first earlier this summer, and Berkeley and Dorchester 2 followed suit within the past few weeks.

Training for teachers is critical because, although most children don’t tell anyone about sexual abuse, about half of those who do tell someone tell a teacher, said Anne Lee, president and chief executive officer of Darkness to Light.

Teachers need to know how to react to that information but also how to recognize signs of abuse, Lee said. The group is a Charleston-based national nonprofit dedicated to preventing child sexual abuse through education and public awareness.

“We’re really proud of the districts in our hometown really stepping forward and training 100 percent of their teachers,” Lee said.

Leaders from Berkeley and Dorchester 2 approached Darkness to Light about requiring all of their teachers to take part in the program. About 80 percent of Dorchester 2 teachers already have participated in the training, but school officials decided to mandate it for the remaining 20 percent because of the feedback they heard from participants, said Sheila Lenz, the district’s guidance specialist.

She heard teacher after teacher say that if they had gone through the program before now, they might have spotted some of the behaviors that could have saved a child. Because of what they learned, they didn’t mind finding time in their busy schedules for it, she said.

“They loved the training,” she said. “It’s just a good thing to do. It helps them respond appropriately, and it gives some information to help them in a situation where something might ordinarily pass them by.”

The 2 1/2-hour training session for teachers was paid for by grants and scholarships, a majority of which comes from the Charleston and Kiawah Exchange clubs. The training costs $10 per person.

Darkness to Light kicked off its fourth annual Prevent-a-thon last month to raise awareness of child sexual abuse and encourage local businesses to train their employees. About 10,000 local residents participated in the training program during the past three years, but 9,000 community members will be trained locally this year alone.

“We’re really experiencing and seeing the community coming on board and embracing the need to put sexual abuse prevention at the forefront,” Lee said. “It’s not about the organization (Darkness to Light); it’s about the community getting it. One organization can only do so much. It’s a huge demonstration from the community that we’re going to be a part of the resolve.”

Charleston, North Charleston and Mount Pleasant are training their after-school workers, recreation department employees and police in the same program, marking the first time all of these groups committed to the training.

Darkness to Light also has formed a partnership with the state Department of Education to train teachers, and 83 of the state’s 86 school districts are participating in the program. About 19,000 educators statewide will go through the training.