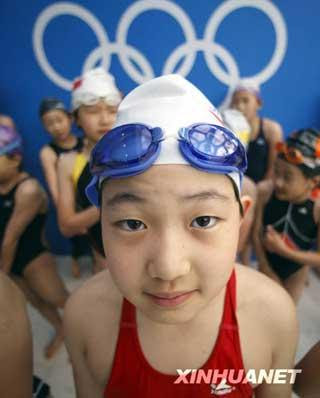 thanking USA Swimming for proving Catholics’ point that the Church isn’t the only one who has a problem with their touched-by-the-hand-of-God authority figures using their hands to touch the wrong people.

USA Swimming is mired in revelations that it had to ban at least 36 coaches because of sexual misconduct — and, in that, it didn’t come close to doing enough to rid the nation’s pools of creeps and pedophiles.

The latest such accusation comes in a lawsuit, filed in Independence, Mo., by a 21-year-old Kansas swimmer against the national swimming governing body, a Kansas City swim coach and her old coaches, saying they did nothing when an assistant coach made sexual advances to her, sexually harassed her, and eventually made “sexually inappropriate contact.” The lawsuit says that USA Swimming’s background check system is inadequate and that the organization has turned a “blind eye” to such issues. In fact, the lawsuit says that USA Swimming was informed of the coach’s conduct, but did nothing.

The lawsuit, filed April 19, comes only a few days after former champion swimmer Diana Nyad said she had been molested by her youth swim coach, following Deena Deerdruff Schmidt in making a similar allegations.

Pretty soon, swim coaches and priests are going to be spoken of in the same breath — a fetid, stale breath.

Background checks are a start, but as we can see, they are NOT enough… Even if just a few coaches had been trained to prevent, recognize and react responsibly to child sexual abuse, these kids would have their innocence intact!