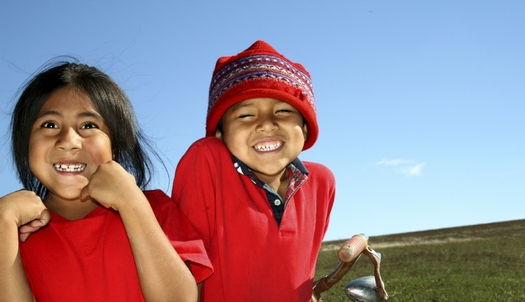 One in three Native American women will be raped in her lifetime. Non-Indian men commit more than 80 percent of sex crimes on reservations. And 90 percent of children who are sexually abused know their abuser.

Those statistics were part of the Nez Perce tribe’s recent Shatter the Silence of Sexual Violence conference, where attendees learned about strategies for prevention.

Nez Perce Indian child social worker Jeanette Pinkham says the lifelong consequences of being abused carry a steep price tag, and yet nearly every instance didn’t have to happen. “What we’re trying to get out is that it can be prevented,” she stresses.

“We don’t to have be the aftermath sort of program. We can also work to prevent.”

More than two dozen people received training on how to change cultural norms about sexual abuse, and how every adult has a role to play to prevent the sexual abuse of children using Darkness to Light’s Stewards of Children practices, such as never allowing a child to have private one-on-one time with another adult – even if it is a trusted friend.

Pinkham says on the reservation, there are extra hurdles to overcome when it comes to sexual abuse. “I think for our area, it’s more considered a family thing,” she explains. “They don’t want anybody knowing, so they try to keep it cooped up to their family.”