Safety Exit
HomeMandatory reporting needs to be a clear process 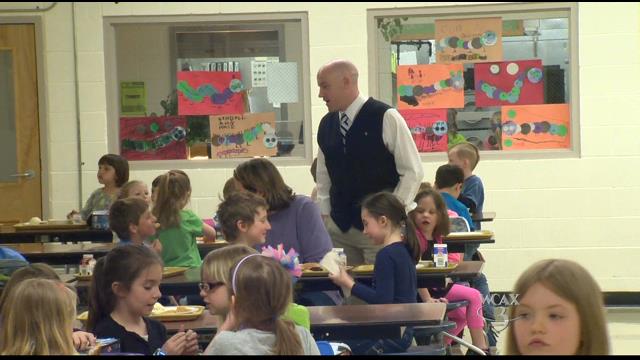 DANVILLE, Vt. – Noah Noyes has been in public education for nine years and says the safety of his students is paramount.

“I certainly am dedicated to child safety,” he said. “That is my number one priority at all times.”

But last year, the Danville High School principal’s judgment was called into question. Police cited him for failing to properly file a report after a student claimed a teacher had fondled her in class. Noyes spoke with the district superintendent and an official from the Department for Children and Families, who all agreed the allegation was without merit.

“I was confident that I was fulfilling my duties under law,” Noyes said.

The case– which landed Noyes in court– revolved around Title 33, the state’s mandatory reporting law. It requires educators with a “reasonable” cause to believe a student has been abused or neglected to promptly file a report with the state.

“Is it frustrating? Absolutely,” Noyes said. “Do I feel like it has been detrimental to my career? Absolutely.”

But now Noyes is trying to use the ordeal to affect change. He wants lawmakers to rewrite Vermont’s reporting law, which he says has two significant flaws.

“Probably most importantly, it relies on the term reasonable which is an ambiguous term,” Noyes said.

The other is outlining a better system between police, the Department for Children and Families, and schools, who Noyes says all have the same goal.

“The more coordination we have between those agencies, the better we are able to serve kids,” Noyes said.

This case highlights the bigger issue of mandated reporting. Despite the fact that school personnel identify 52% of all child abuse cases, two-thirds of teachers receive no specific training in how to prevent or respond to child sexual abuse. Further, 24% of school personnel have never received any oral or written guidelines on the mandated reporting requirements of their state.

Reporting laws vary from state to state, and can be very confusing for those who are not sure of the proper chain of command or of the meaning of legal terms such as “reasonable.” In the case above, Noyes not only reported to the district superintendent, but to the Department of Children and Families (DCF).  Evidence shows that when teachers are required to report directly to DCF or Child Protective Services (CPS), the number of reports is significantly higher.

Whatever the law requires, ongoing training for those who serve children is not just the right thing to do – it’s a necessity. The majority of educators want to do the right thing for their students, but to do this, they need a clear understanding of both prevention and protocol.