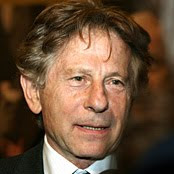 There is a sense of outrage that cannot be quelled, that never goes away.

It appears that Roman Polanski, the film-directing admitted child rapist, has become something of a martyr to some of the smartest and most creative people in the world. People from Pedro Almodovar to Jack Lang, the former Minister of Culture in France, are attempting to portray Polanski as a man pursued by cruel and relentless demons, as though he were a victim of the Salem witch trials.

Their mitigating circumstance? He is a great Artist of the cinema. And it makes me want to vomit.

That girl is forever defined by that moment, as I have been defined by my own moment of terror and pain and horror.

Define Artist. Not so easy to do. Now define pedophiliac child rapist. Pretty simple. If Polanski had been, say, a bus driver in Cleveland who had fed Quaaludes and Champagne to a thirteen-year-old girl and then raped and sodomized her, I doubt Jack Lang would be so quick to tell the rest of us about the privileges that come with driving a bus. Jack Lang doesn’t care about bus drivers. Jack Lang cares about Artists.

Let me tell you a few things about the rape of a child. It happened to me. I was raped by my drunken father at the age of four, before the drunken eyes of my mother, so I know what I’m talking about.

It hurts like holy hell. The next time you see a grown man walking down the street with his four-year-old son or daughter, just observe the sheer difference in the size between the two people.

And, more importantly, it is the absolute, final, and total end of childhood, of any sense of innocence and wonder. Perhaps the girl in California had already lost hers. Perhaps her mother manipulated the situation. I, frankly, don’t give a good goddamn.

That girl is forever defined by that moment, as I have been defined by my own moment of terror and pain and horror. There is, for me, no place on this whole planet that is safe. I move farther and farther from the center of things. I find myself in hotel rooms or houses in remote places where nobody knows where I am, and very few even care.

I am not alone. The number of my companions may startle you. A Canadian study indicated that almost one-third of all men are sexually abused by the time they are sixteen, usually by a figure of authority—a priest, a cop, a coach, a parent. Or a stupid film director. I don’t know the figures for women, but they are probably even higher.

From where I sit—and I have sat exactly in this same spot for sixty years—the rape of a child is absolutely the equivalent of first-degree murder. Roman Polanski is a murderer, the murderer of a child. Surely, even in this ghastly age, we have to draw the line somewhere. Artists, instead of weeping into their expensive handkerchiefs and flailing their oh-so-delicate arms, should realize that the very notion of art is antithetical to Polanski’s actions, and to use his creativity as an excuse for them is disgusting. For people like Woody Allen, David Lynch, and Martin Scorsese to even hint that Polanski is some kind of harried martyr is despicable. Just ask any one of the thousands upon thousands of children who have been raped. Just ask me.

aLet us leave aside for a moment the notion that being an Artist has become debased and sullied in the Chelsea/Matthew Marks/Gagosian era, creating for itself, but only for itself, some kind of specially hallowed niche in society. Let us leave out of the equation that celebrity alone, even without a shred of Artistic validity, has become a license for a grotesquely licentious sense of entitlement, in which there is no sin, no crime so egregious that there has not been some sort of rehabilitation created just for that particular perversity, from heroin addiction to shoplifting to dog slaughtering for sport.

Let us concentrate instead on the undeniable truth that a 44-year-old man fed a child drugs and liquor and then stuck his penis inside her, admitted his guilt, and has led a perfectly elegant life in the arms of Mother France for decades, has traveled widely and openly, been welcomed by the culturati, continued to make movies (most of them not very good) and now is embraced as a cultural martyr.

There is a sense of outrage which cannot be quelled, that never, ever, ever goes away. Polanski will go scot free, of course. He is rich, he is famous, he is, ridiculously, an Artist. And he and his supporters make both themselves and the notion of the saving grace of art despicable.

Robert Goolrick is the author of the 2007 memoir, The End of the World as We Know It, and the novel A Reliable Wife, which recently won the NAIBA award for Novel of the Year for 2009.

For inquiries, please contact The Daily Beast at editorial@thedailybeast.com.