Olympic Governing Body Under Fire; 36 Swim Coaches Banned for Life Because of Sexual Misconduct with Teens 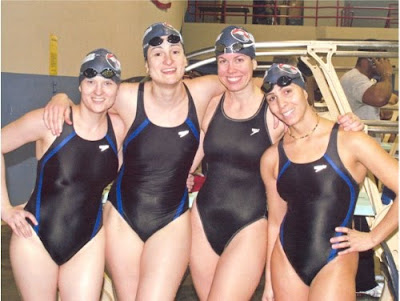 In a sex abuse scandal that some victims compare to what happened in the Catholic Church, at least 36 swimming coaches have been banned for life by the USA Swimming organization over the last 10 years because of sexual misconduct with teenagers they coached.

The coaches have molested, fondled and abused dozens of swimmers, according to court records and interviews conducted by ABC News for reports Friday on “World News with Diane Sawyer” and “20/20.”

One coach, Brian Hindson of Kokomo, IN, secretly taped teenage girls he coached in two high school pool locker rooms, one in which he directed girls to a “special” shower room where he had a hidden camera inside a locker.

“It was a sense of betrayal,” Indiana swimming star Brooke Taflinger told ABC News chief investigative correspondent Brian Ross for a report to be broadcast Friday on “20/20.”

Taflinger’s parents later identified Brooke for the FBI as one of the girls who was taped naked in the locker and shower area.

“I gotta tell you, it hurt,” Brooke’s father, Bruce Taflinger, told “20/20.” “My wife only had to look at one picture before she turned away in tears,” he said.

FBI agents became aware of the pictures after a North Carolina woman bought the coach’s computer on E-Bay and discovered a video clip of a young girl in a locker room appearing to be taped without her knowledge. A subsequent search of Hindson’s home turned up more locker room footage and a large selection of child pornography.

“This had gone on for nearly 10 years, without any detection whatsoever,” Lt. Don Whitehead of the Kokomo, IN police department’s cyber crime unit told ABC News.

Hindson was sentenced in 2008 to 33 years in federal prison. His attorney Gregg Stark did not return repeated requests for comment.

Still, another one of Hindson’s victims, Sarah Rutkowski, now 21, said there are many questions left unanswered.

“I’d really like to know how he did it and where the videos have ended up, if they’re on the internet or if he put them through Limewire or if they were just sitting around for his personal use,” Rutkowski, who is believed to have been 12 or 13 when she was taped, told ABC News. “That’s really disturbing to me, not knowing where those videos are.”