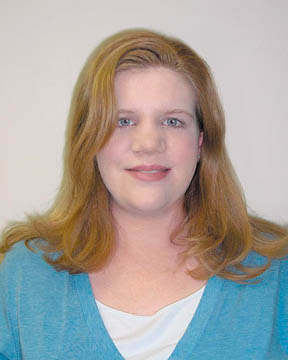 The Journal-Standard
It is not uncommon for children to have psychological reactions to sexual abuse. Each child’s abuse situation is different and some children may have more symptoms than others. Some common signs and symptoms are depression, anxiety, increased nightmares, withdrawn behavior, angry outbursts, not wanting to be left alone with a certain individual and sexual knowledge or behaviors that are inappropriate for the child’s age. Some children will show little to no noticeable symptoms while other children may have significant symptoms. This is why it is important, as a parent, to talk to your kids about sexual abuse. For help on talking to your kids about sexual abuse check out the American Academy of Child and Adolescent Psychiatry at www.aacap.org.

The psychological impact of sexual abuse can vary depending on the degree of abuse, the frequency of the abuse and who the abuser is in relation to the child. The impact of sexual abuse can include long-term mental health issues such as depression and anxiety, distrust of others, dysfunctional relationships and post traumatic stress disorder. Statistics have shown that children who have a supportive environment tend to have fewer long-term abuse-related symptoms.

I have mentioned post traumatic stress disorder, also referred to as PTSD, which can develop at any age, including childhood. PTSD is the development of characteristic symptoms following exposure to an extreme traumatic stressor. There are three typical symptoms of PTSD that may be seen in child victims of abuse.

– Hyperarousal: This is a heightened sense of awareness that can follow a traumatic event. Symptoms may include nervousness, being jumpy and an exaggerated startle response. These symptoms may be more noticeable in an anxiety producing situation.

– Re-experiencing: This is when the child re-experiences some aspect of the abuse through flash backs, intrusive mental images and/or nightmares. These symptoms may be triggered by traumatic reminders of the abuse. This could include a person, a smell, event, etc. connected to the abuse. For example, a child abused by a man with a beard may become very frightened and uncomfortable around any man with a beard.

– Avoidance: This is when the child avoids exposure to traumatic reminders of the abuse. An example of avoidance would be a child who was abused in a bed may refuse to sleep in bed. This can be very problematic in the child’s life as this can seriously impede the child’s daily living.

It’s important to know that each child will cope with abuse differently. The signs and symptoms listed here are not meant to be an all-inclusive list, but to be used as a guideline. Please talk to a trained, licensed professional if you have suspicions that your child is being or has been sexually abused.

More proof we need to talk about PREVENTION!